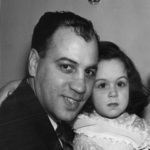 Waiting for her Daddy to return after a three-day business trip, the little girl waited and watched out her bedroom window. When she saw her daddy’s car pull up, she ran to the staircase. He crossed the threshold, saw her smiling face and beamed at the sight of her. He bolted to the foot of the staircase and held out his arms. “Hello my little sweetheart!”

“Daddy!” She darted down the stairs to her father’s open arms.

The little girl felt lighter. Her daddy’s smile disappeared, replaced by a look of wide-eyed wonder. His mouth opened. His hands dropped to his sides … as he watched the little girl float down the last four steps.

Sure, you guessed right. I was that little six-year-old girl. To this day, I remember the way I felt when the steps fell away beneath me. The lightness inside. The joy of my father’s return. The look of amazement in his eyes. He lifted me up into his arms and held me tight, saying nothing. I just held on to him. For a little girl who loved her daddy, being in his arms was bliss.

What does that experience tell us—that I was so happy I floated on air? Apparently, this is a common occurrence for young children. Search the internet and you’ll see. Years later, I shared my story with others who also floated. Perhaps that experience wasn’t what one would call supernatural, but it certainly was super natural, and every time I think back and remember, the joyous, wondrous feeling returns.

I write about the supernatural. As a fiction writer, I get to explore that world. I get to speculate. When I combine the world of my imagination with the endless possibilities of the world behind the veil, my writing day begins with purpose and passion. And when I’m passionate, the endorphins flow.

All my life I have gravitated toward the mysterious. I love to wonder about the mysterious and the miraculous. Just the thought of heavenly intervention soothes my spirit. A friend once asked why I didn’t write ‘straight’ stories. Why the supernatural genre? I told him that the unseen was what put a twinkle in my eye and a bounce in my step. Even as a child, when I stopped believing in Santa Claus, I never stopped believing in angels, or miracles, or people with God-given gifts. There was always ‘more to this than meets the eye’. How could there not be? 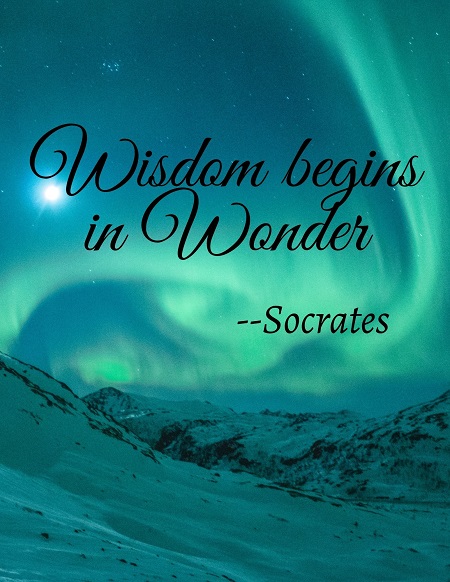 Socrates said, “Wonder is the beginning of wisdom.” What lies on the other side of the veil makes me wonder and wonder stimulates my imagination. I have no idea how wise that makes me, but I feel childlike when I write, full of questions. Why is every snowflake different? Why did the rainbow appear the moment I said that prayer? How does my dog know I’m sick? Is the guardian angel really in the car with me? What is my cat staring at?

Yes—mystery + wonder + passion = LOVE. That is my formula for ageless rejuvenation.

Love does keep you young. If you are eighty, you can still be young. It doesn’t have to be love of a person. Love of purpose will do. What’s that you say? You don’t know what your purpose is? Okay here’s one answer: follow the love roadmap. Develop a strong sense of awareness. Notice your surroundings and detail them. Notice what peaks your interest. For all you know, a new fancy could be glass blowing. But until you get out of the house, anchor yourself in the moment and start to really look at things, you would never imagine that glass blowing fired you up. Could it be that several glass blowing lessons later you’ve created a work of art? Who knows where it will lead. Einstein said ‘nothing happens until something moves’. Yes, yes, we must move. So get up, get up now and move!

Awareness and the rejuvenation formula led me to two prevalent themes in my novels; the first is that there is no such thing as the self-made man. I believe everyone helps someone at some point. Maybe it was a teacher, a stranger on a bus, a parent or great-aunt. The list is endless. Somewhere along the line, someone has impressed, guided or inspired us, perhaps even changed the course of our life in the extreme.

In my novel, Dark Angels Prey, empathic protag, Joe Ross, attracts a group of people with particular qualities and God-given abilities. He attracts them, yet at the same time, they were sent to him— and he to them. Love altered the course of every character’s life. As love also creates conflict, this compelled the characters to reach out to each other in perilous situations. Each character became willing (and unwilling) participants in the mystery, the wonder and the miracles.

The second theme focuses on the dangers of obsession and idol worship. There is so much idol worship going on in the world today that it is unnecessary to make the point in this post. In The Astral Shore, the disturbed protag, Laurel Arris, loves rockstar Mark Grant to the brink of madness. She must learn to overcome her obsession for Mark before she can truly love him. Laurel learns about love through sacrifice, which often means letting go. Among other lessons, she learns that true love does not possess. I know, I know—I can see you rolling your eyes, but clichés become clichés because they are annoyingly true.

Both themes and the issues created by them embrace the supernatural in the extreme. I really hung off a couple of chandeliers writing these books, allowing my fired-up imagination to have its way until I reached the editing process. There were no limits, no boundaries. I wrote with a pounding heart and goosebumps on my arms.

Now we come to another ageless rejuvenator, the emotion-linked reflex—goosebumps. Pay attention to these; negative or positive, goosebumps are high interest indicators. Just because the subject of psychopathy gives one goosebumps does not mean they will become a psychopath. For writers, it could mean a book with an insane protag. Perhaps a person you know is suspect, or you are developing an interest in the endless mysteries of the mind. Who knows, it could lead to a career in forensic psychology.

The goosebumps while watching the film, Rosemary’s Baby, sparked ideas for my novels on two occasions—years apart. The first instance fell toward the end of the film when Rosemary discovers that her hall closet leads to her satanic neighbor’s apartment. As voices accelerate behind the closet, Rosemary removes the shelves, grabs a knife and enters the dark hallway in search of her baby.

The idea of having a hidden room in one’s own home intrigued me. It’s definitely not a new concept, but it raised goosebumps because it kick-started a plotline in The Astral Shore. What could Laurel hide back there? Is she bringing something in—or is she keeping something out? From that room, the Sea Room, Laurel Ariss went on her first astral adventure, which set the course for the rest of the novel.

Many years later, I watched the film again. In this particular scene, Rosemary is sitting on her apartment floor trying to solve a puzzle with a bunch of Scrabble tiles. Through a name underlined in a book willed to her by a friend, she learns that her neighbor’s name is an anagram. Again—goosebumps. What a fabulous way to introduce the antagonist in Dark Angels Prey. But of course the reader does not learn the meaning of the anagram until further along in the book. 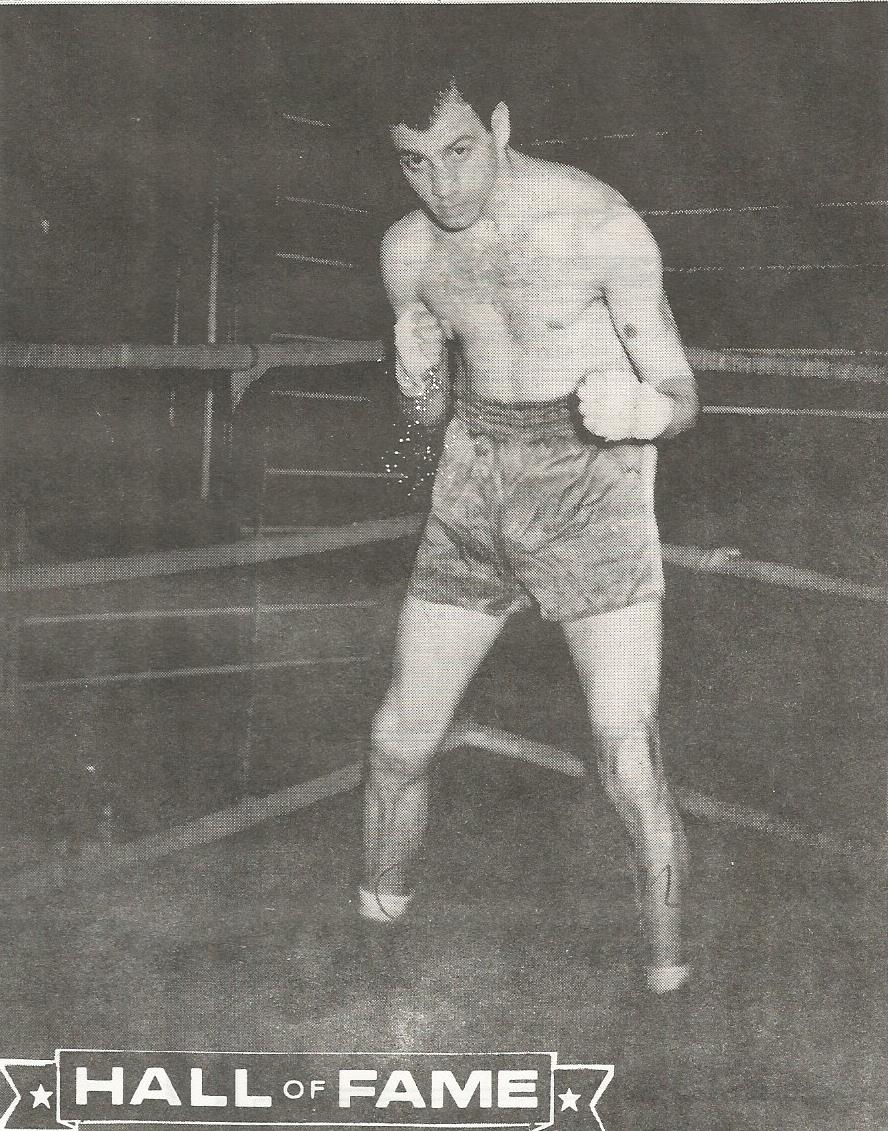 I enjoy conversing with seniors, love hearing their stories. Have you ever wondered why one senior seems vacant and ancient in comparison with another whose sunny smile and boisterous laugh, for some inexplicable reason, makes them seem young? My father was the latter, the adult child. As diabetes shut him down those last two years in hospital, he allowed love, faith, and his belief in the next world to brighten him. Despite his illness and marriage breakup, he kept his eyes open, never taking new opportunities for granted. Apart from his love of family, he always knew what was his. He’d claimed it. His love of sports. His dream of managing young prizefighters. An ex-boxer himself, he managed a prizefighter who went on to a successful career in the ring. That accomplishment kept the smile on my father’s face for years. It kept his dream alive. It kept him young.

We all have stories of the elderly, who mostly have something significant to impart. I chose to include my father in this post because I remember the loss he suffered—a divorce, a temporary estrangement with his son, drinking problems, and the amputation of his leg from diabetes complications. Yet through all of it, particularly at the end of his life, he remained a fighter, and held tight to his purpose with teenage tenacity. He quit the drinking before the diabetes diagnosis. He healed the estrangement with his son. He renewed his friendship with my mother. He learned to walk with a prosthetic limb. Then he stepped through the veil with a smile on his face. I often wonder what my father was thinking at that moment. I like to think he was remembering his little girl who once floated down four stairs into his arms.

Remember that love rejuvenates; it keeps us young. Find what you love and claim it.