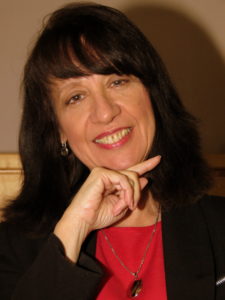 I was raised among a family of prizefighters in Toronto’s Little Italy. I had a cast of Damon Runyon characters for relatives. My father, a former prizefighter and manager, called everybody ‘Mac’. Everybody was a good egg or a bad egg or an egg, period. Dad was always offering me sangwiches. My grandmother, the sweetest lady on the planet, warned me never to smoke the Tonawanda. My mother was five foot nothing, could level Dad and the rest of us with a glare, and cried when she laughed. No one worked harder than my mother. My brother, Ron, played the drums, practiced daily and played his music loud. We moved a lot.

With a family like mine, someone always had a story, so I started journaling when I was eleven. Restless at twenty and given to pondering, I slogged through a stack of journals in my color-coordinated closet—searching for a clue. What was I going to do with my life? I wish I could tell you that the stack of journals was the tip-off; but no. The tip-off came a year later. You see, I had this dream …

… of a rockstar in a poster on my bedroom wall. I was sitting at my vanity table, putting on my face. The room brightened; the rockstar stepped out of the poster and floated over to me. Hard to know who it was, but I remember he had a British accent and resembled David Bowie.

He squatted beside me, head propped on his hands, elbows on the table. “Hello, watcha doing?”

I attempted to swallow. “Um … I’m going out.” Lame, but it was all I could manage.

“Well, have a wonderful evening,” he said, flashing a smile. I was instantly smitten. “Don’t forget me.”

He flashed that enchanting smile again and vaporized back into the poster. And that was it, all of it; that little Rod Serlingesque dream camped in my head for a year. I yammered about it so much, a friend suggested I turn it into a novel.

That dream became The Astral Shore.

I write books about the supernatural. They’re not horror stories, but they do have serious themes. For example—I am obsessed with OBSESSION. After a long run tending bar, it’s possible I’ve seen more deification than Hollywood. Idol worship has baffled me since hearing of an obsessed fan who snuck into Michael Jackson’s hotel room and stole his bath water, and another who camped on David Letterman’s property line, convinced she was his wife. There will always be a character obsessed to some degree in my stories, and there will always be music.

I worked the desk in an eleven-hundred-room hotel in Toronto, hold an almost-green belt in Tae Kwon Do (which I had to use twice), modeled, acted, studied portraiture at Toronto’s Three Schools of Art, Magazine Writing and Editing at Humber College and bartended for ten years. I recommend bartending to every writer out there—a goldmine for characters and story ideas!

As a dedicated Christian who often wonders what makes God laugh, the supernatural has fascinated me since floating down half a flight of stairs as a child, which I happily learned, is a common occurrence for children. With a dream to live in the country but still be near a city, I left Toronto in 2000 and now live in Napanee, Ontario.

Apart from books and movies, I like a lot of things. Some are—

Connect with me on Twitter or shoot me an email at: liz@elizabethgenovese.com